Important Facts about Energy Drinks that Every Consumer Should Know

Since the introduction of energy drinks in the United States in the mid 1980’s, energy drinks have become mainstream in today’s society. They are marketed to improve energy, concentration, and athletic performance because of their high caffeine content and other additives. In the US, energy drinks are classified as a “natural dietary supplement” which means they are not subjected to the same caffeine level limitations as soft drinks, since soft drinks are classified as food. This is an important distinction because supplements are not regulated by the FDA. 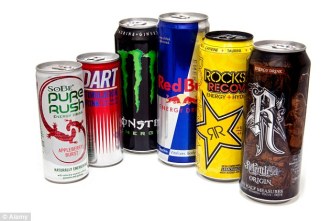 Energy drinks refer to beverages that contain caffeine in combination with other ingredients that provide “added benefits.” Caffeine content in energy drinks ranges from as low as 50mg to as high as 505mg per can or bottle. To put this into perspective, the average cup of coffee contains roughly 95 mg.

The most common health issues related to energy drink consumption are increased heart rate and blood pressure, dehydration, and inability to sleep. It is not the caffeine alone that causes alarm. Researchers believe that the adverse effects are also related to it their added supplements/stimulants. One of the most common supplements is Guarana. Guarana is a plant that naturally contains large amounts of caffeine, so its presence in an energy drink increases the drink’s total caffeine content. Each gram of Guarana can contain 40 to 80 mg of caffeine according to the NIH.

One of the claims of energy drinks is that it aids in athletic performance. Oklahoma State University did a research study in 2015 titled “Effect of Energy Drinks on Selected Fine Motor Tasks.” The results of this study showed that “The enhanced reaction time and disruption in hand steadiness afforded by energy shots would not be apparent in many gross motor activities, but it is possible that reaction time improvements could be beneficial in sports that require quick, reflexive movements. However, the potential adverse psychological and physiological effects warrant discretionary use of such products.”

There are also a couple misunderstood facts about energy drinks that we as consumers should know. First of all, even though they are marketed to increase athletic performance, most are not aware that caffeine is a natural diuretic. Dehydration can be very risky during sports activities. Also, there is usually more than one serving per container. Therefore, even if an individual is aware of the nutrient facts of the beverage they’re drinking, they are probably getting twice as much of all the other ingredients, including sugar.

While consuming energy drinks may be harmless in small doses, they may pose serious health risks if consumed in larger quantities. Approximately 50% of adolescents consume energy drinks and 31% of those do so on a regular basis. They are increasingly opting for energy drinks over soda. An article in Nutrition Review claims that the “US Food and Drug Administration has indicated it will reexamine the safety of caffeine in the food supply; however, more research is needed to better understand youth consumption of energy drinks and caffeine in general, as well as the long-term effects on health”. It will be interesting to see their findings.